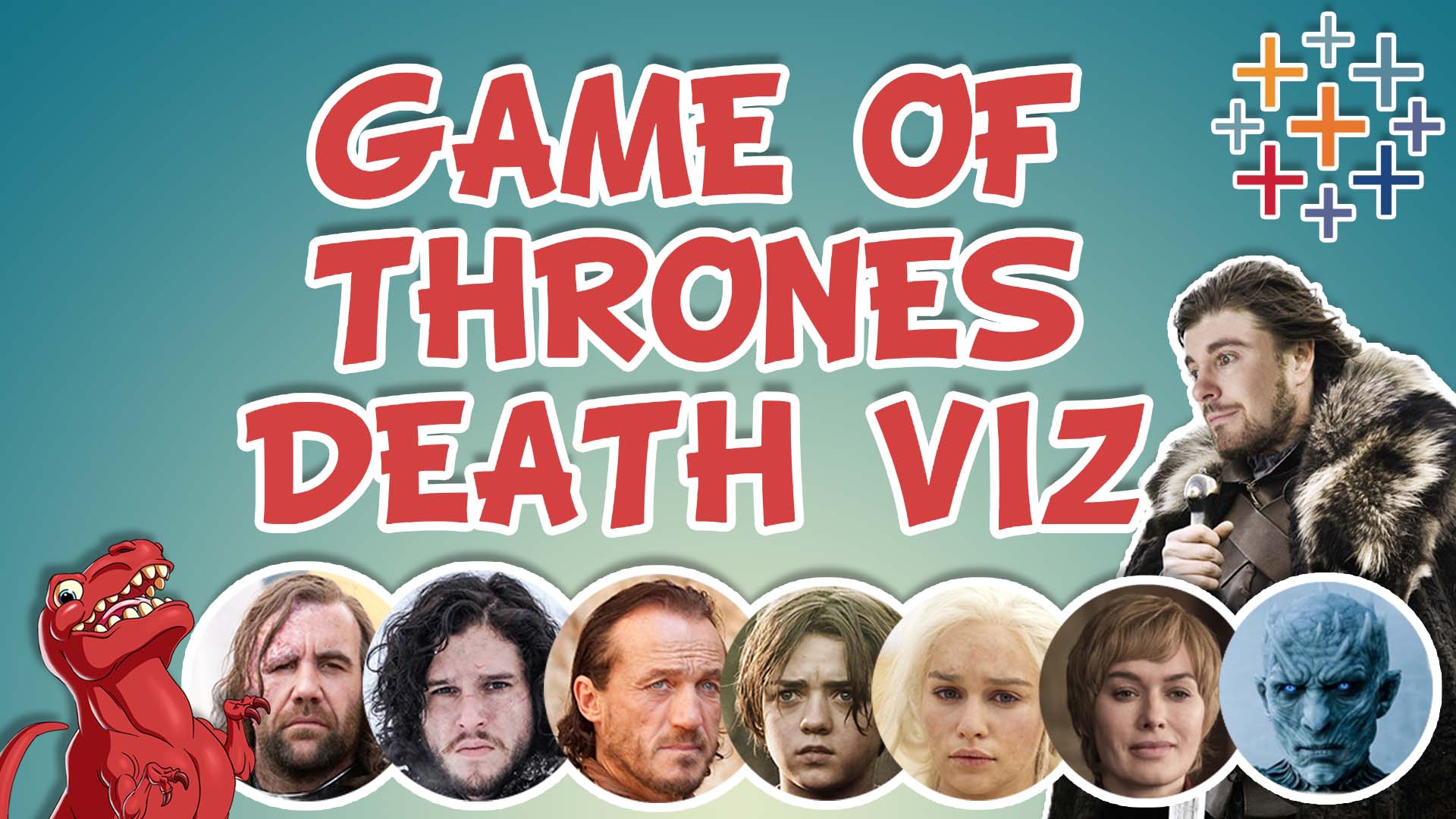 With the Game of Thrones TV show ending, I thought it was about time to complete my death viz that I started a while back. Before we go on, there will be obvious spoilers for the final seasons.

If you are unfamiliar with my project, I decided to track every on screen death that happened in the show. If you read to the end you will see this data visualized and even be able to download a copy of the data for yourself! It started out as mere curiosity but ended up being an interesting data visualisation project, showing how making your own data sources can be fun and rewarding. If you’d like to know about about the process, check out this Tableau Blog post I made.

Due to 38% of the deaths occurring in the second to last episode, it blew out the scale and design of my previous dashboard. So once I completed collecting the data, I made an updated version to account for this.

The top section let’s you explore an individual character’s data; their cumulative kill counts through the seasons, total kills and the details of each one by hovering your mouse over the individual bubbles. The bottom section looks at the overall stats of the show; top killers ranked, most popular methods for dispatching people and the trends by episode. Clicking on any of these 3 charts will filter the other 2 for extra exploration.

I had to set a few rules when counting the on screen deaths, to keep things simple and consistent. So if my numbers don’t match up with your expectations, these could be the reasons why:

Up until now I’ve protected the data, making it unavailable for download, as it represented a considerable time investment for me to collect it all. But with the show finally over and my data viz complete, I’ve decided to share the data with everyone. Since I started running my own podcast on data visualization, I’ve been humbled and inspired by the data viz community all over again. I’m excited to share it with everyone and see what awesome creations and insights people come up with!

If you create something from this data, please get in touch and share your creations with me on social media. I’d love to see and showcase them! Do you have any suggestions for other interesting data sets I could create? Did you find an interesting insight in the dashboard? Let me know in the comments below.