Since my last post which showed off the uni-sex baby name dashboard, I decided to analyse the information in detail. Below are my interesting and often silly observations:

Complete gender shifts:
First off are two names we take for grated to be female and male today; Ashley and Frankie respectively (though my male friend, Ashley, might object). But that wasn’t always the case as Ashley was predominantly a male name until the 1960s and Frankie was primarily female till the mid 1940s.

What made these sudden and extreme swings to the other ends of the gender spectrum for these names? More fascinating is that this change affected a wide number of parents who didn’t communicate or organise these trends. If anyone has any insights as to the causes I’d love to hear them.

First off, take the name Ariel. It’s synonymous with the titular character in the Disney classic, The Little Mermaid. It went through gradual phases between male and female assignment in 19th century and most of the 20th, however it explodes in popularity and back to females in 1989 – which is when The Little Mermaid was released in cinemas. It could be a massive coincidence, but the big spike in the number of female babies called Ariel straight after this is too big to ignore. I’m sure the 35-55 year old males called Ariel that exist today aren’t too pleased with this films release.

The same goes for the name Harley. Since the records began in 1880, it has practically been a male name. That is until the female character from Batman, Harley Quinn, came into existence in 1992. Almost immediately after that we see an increase in the volume of that name but also a move to a 50/50 split between male and female babies. As time goes on we can see a gradual shift to females that is about 60/40 now. Is this another coincidence, or did this character have a more significant cultural impact that we give her credit for? With people currently naming their kids after characters in Game of Thrones and The Hunger Games, I wouldn’t be surprised if that was the case.

Dashboard critique
I mention in my previous post about the lack of transparency in the data, mainly on what location(s) it reflects. Upon further investigation, this seems a little less important to the quality of the data, as the creator of the dashboard has forgot to filter out the erroneous data entered. Or at least I hope they have, otherwise this means there are kids and adults out there called Baby and Unknown!

It would have also been nice to have a little filter option for the names, allowing the user to easily find the names of interest of them, instead of scrolling down, but overall it is a great effort to display a topic we are often oblivious to or take for granted.

What’s the most interesting baby name you’ve come across or do you have your own observations on the data? Sound off in the comments below!

Hodor by the numbers 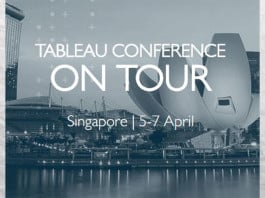 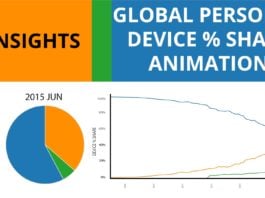